How Can Solar Energy be Used to Produce Clean Water? 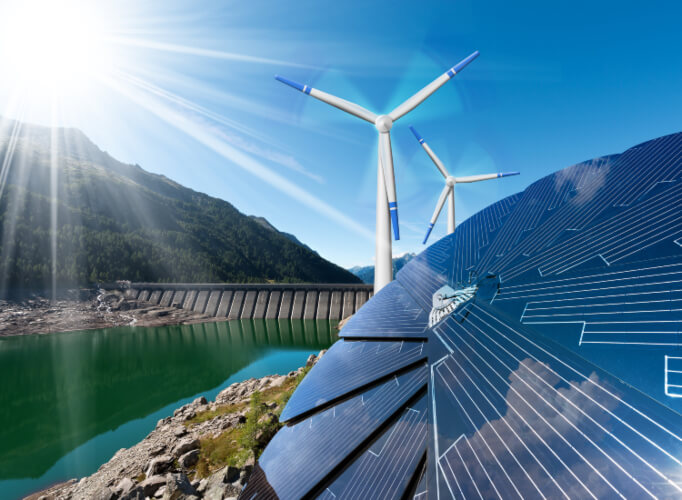 Two-thirds of the earth is covered in water, but most of it is undrinkable seawater. Roughly 785 million people worldwide with limited access to clean drinking water understand this reality all too well. Learn how new solar technologies are providing possible solutions to global water scarcity.

The Need for Sustainable Water Purification

Lack of clean drinking water is one of the world’s most pressing concerns. About one in 10 people lack basic water services and travel hours every day to fetch water from distant sources. Plus, with agriculture and food manufacturing contributing to water pollution, the need for sustainable water purification has never been more profound.

The world’s oceans would provide more than enough water to meet global demand—if people could desalinate it effectively and affordably. There are several approaches to solar desalination, all of which use sunlight to remove salt and other impurities from the water. Here are two examples:

Desalination is nothing new. The problem with previous techniques like boiling is that they consume vast amounts of energy and contribute significantly to carbon emissions. Solar desalination can produce hundreds of liters of drinkable water per day with twice the efficiency of traditional thermal distillation.

Another method for producing clean water uses a tank-like device called a solar still. In its most basic form, a solar still is a black-bottomed vessel filled with water and topped with clear plastic or glass. As the water absorbs heat from the sun, it evaporates. Clean water collects on the clear covering and trickles into a collector, while the contaminants are left behind. Using traditional methods, a large, expensive solar still only produces enough water for a small family.

To speed up the process, scientists are experimenting with affordable, commercially available hydrogels placed atop the water’s surface in a solar still. This breaks up water molecule bonds so they evaporate more readily. The latest version of this technology evaporates water 12 times faster than the natural rate. This allows a solar still 1 square meter in size to produce 30 liters of drinking water per day, enough to meet the needs of a small family.

Save Energy at Home with Solar Panels

Modern solar desalination and solar stills are useful for producing clean water, but the more common use for solar energy is to power homes using solar panels. If you’re interested in saving thousands of dollars on energy costs, increasing your home’s value, and reducing your carbon footprint, consider switching to solar.

Infinity Energy is passionate about helping our customers in NJ, NY, and CT save energy and money with affordable solar panel installations. Check out our solar calculator to see how much you can save, and explore our gallery to view some past projects. Then, contact us to find out more about going solar.