Which Form of the Sun’s Energy Provides Solar Power? 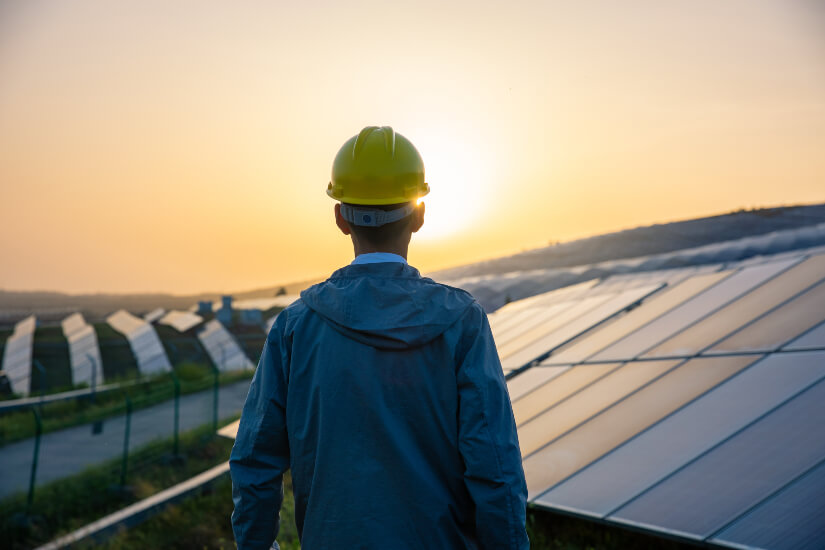 If humans could harness and store all the sunlight that hits the earth’s surface in 90 minutes, we would have enough energy to power the world for a year. Learn more about this renewable energy and how solar panels work before installing them on your home.

What is Solar Energy?

Solar energy describes the light and heat generated by the sun, which is created by nuclear fusion in the sun’s core. The sun produces energy in the form of electromagnetic radiation (EMR). The electromagnetic spectrum spans a range of frequencies and wavelengths. The vast majority of this spectrum is invisible to the human eye.

The highest-frequency waves emitted by the sun include gamma rays, X-rays, and ultraviolet (UV) rays. The atmosphere absorbs the most harmful UV rays, while the less potent ones can cause sunburn. The sun also gives off lower-frequency infrared radiation, most of which hits the earth as heat. Between UV and infrared rays is the visible spectrum. Light arrives on earth as a combination of all visible colors and appears white.

Solar radiation can be harnessed and turned into useful forms of energy, including heat and electricity, using various passive and active solar technologies. Passive technologies simply take advantage of the climate to heat structures in the winter and reflect heat in the summer.

One form of active solar technology is the photovoltaic effect, or photovoltaics (PV). This is among the most familiar ways to harness solar radiation and convert it into electricity.

PV panels contain dozens or even hundreds of solar cells. Each cell can only produce about 1 or 2 watts of power, so linking them together in a PV panel is necessary to boost power output. Solar panels can be used individually or as part of an array. This modular system allows solar panels and arrays to meet almost any electric power need, from a single strand of twinkle lights to an entire city.

Every solar cell contains a silicon semiconductor, which conducts electricity, but more slowly than a true conductor. As semiconductors absorb sunlight, they knock electrons loose, generating an electric current. Components in the solar panel convert the resulting direct current (DC) electricity into alternating current (AC) electricity. This energy can then be used to power external objects, such as your home’s lights, electronics, and appliances.

A major advantage of PV technology is that it’s clean. Once manufactured and installed, solar panels do not generate pollution, which can drastically reduce our collective environmental impact. Solar energy is also renewable, providing a limitless supply of power for the next 5 billion years.

Are you interested in powering your home with solar energy? Infinity Energy can make it happen. We have already helped over 6,000 customers in NJ, NY, and CT switch to solar, and you could be next! Our goal is to cut your energy bills, increase your home’s value, and reduce your carbon footprint. Check out our solar calculator to see how much you can save, and explore our gallery to view some past projects. Then, contact us to begin the switch to solar.