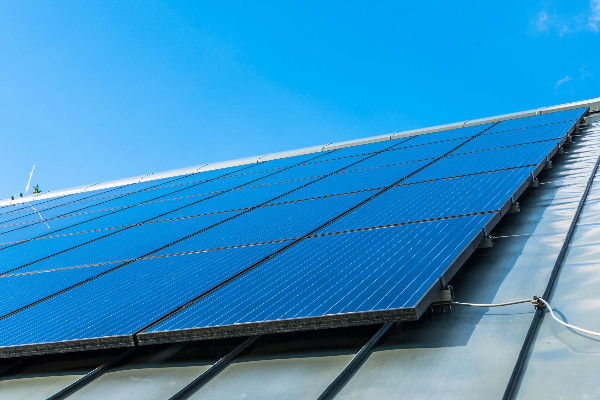 Solar technology is improving, causing the cost of solar to decrease. Consequentially, solar-powered electricity usage is on the rise. As a North Jersey property owner, you may be wondering how rooftop solar panels work to power your home. After all, it is no secret that New Jersey receives less overall solar radiation than sunnier states, like Florida or Arizona. In addition, you may have questions about how the photovoltaic panels work when it is cloudy, cold, or raining. Can they still generate electricity without direct sunlight? Read on to learn about how rooftop solar panels North Jersey work to power your home.

First, rooftop solar panels home systems in New Jersey capture sunlight before they begin to generate electricity for your home. Solar panels are made up of smaller units called photovoltaic cells. This simply indicates that the cells convert sunlight into electricity. Typically, each photovoltaic cell is broken down into layers of semi-conductive silicon.

After the electrons flow, the current travels to the inverters to convert the solar energy. As the sunlight hits the solar panels, they generate direct current (DC) electricity. This is where the electrons flow around a circuit. For this DC energy to be usable by your rooftop photovoltaic system, it needs to be converted to alternating current (AC) electricity. When you have your solar panels installed to your home, professional solar providers will also hook up a solar inverter. This device changes the DC power into AC electricity that your home can use. For a rooftop PV panel system to power your North Jersey home, inverters must convert solar energy into usable alternating current electricity.

Often in winter months, installers adjust the angel of the panels upwards to absorb more light. Although the panels are more effective in direct sunlight, they can still power your home in sub-optimal weather conditions. Notably, rain actually helps keep your system running efficiently by washing away dirt and dust that can coat the panel surfaces. Once electricity has traveled to the breaker box, your rooftop solar system can power your electric devices in your NJ home.

Furthermore, a net meter also measures usage for your solar electric system. Often, many solar customers opt to have their PV system interconnected to the electric grid. Of course, this may seem counter-intuitive to sustainable efforts. However, being connected allows you to use as much power as you need before sending leftover solar power to the company to use.

When you sign a net metering agreement, your local utility company agrees to provide energy credits for your surplus power and send it back to the power grid. Your solar provider company installs a device called a net meter to measure how much of your electricity is going back to the grid. In New Jersey, the Board of Public Utilities (NJBPU) regulates net metering agreements. If you are interconnected to the grid, your net meter must measure electric usage to obtain solar credit benefits.

There are several steps rooftop solar systems take to power your North Jersey home. First, NJ solar electric panels capture photons from the sunlight. Then, electrons flow when the light contacts the electric field in the photovoltaic cell. Next, inverters convert solar energy from DC current to usable AC electricity. This AC current travels to the breaker box to be distributed to your electrical devices. Furthermore, if you are connected to the grid, a net meter measures your electric usage. Consider the points mentioned above to learn about how rooftop solar panels North Jersey work to power your home.